Author Tracy McMillan knows a thing or two about getting over a bad childhood. Her father was a drug-dealing pimp and convicted felon who spent most of his daughter’s life behind bars. Her prostitute mother gave her away. Here’s what she wants you to know about getting over your past.

1. Get a New Story
There are two ways for me to look at my childhood story. In one, I’m a person who is so unloved and unwanted, my own mother gave me away. In the other, I was born, took a look around at my prostitute mother and criminal father, and said to myself, “I can totally do better than this. Get your stuff, we’re leaving.” In one I’m a victim, in the other, I’m in power. Guess which viewpoint got me the career I have today?

2. Realize Blame = Same
Blame is awesome. It feels good, right? It feels righteous. It feels powerful. It feels like someone’s going to pay for what they did to you. The only problem is—as long as you’re blaming—nothing can ever change. Why? Because in order for your life to change, you have to want things to be different. And if it feels good to blame, you have to admit that you like it. And if you like it, you have to admit that you don’t really want it to change. Which is why blame just gets you more of the same.

3. Pretend You Work at Target
Sometimes, I look at my bad childhood like it’s an unruly customer and I’m working customer service the day after Christmas. It’ll be acting up, moaning and complaining about how hard everything is, and how unfair it all is. I just have to say to it, “Yes, I see you, ma’am. I know you have a problem. But right now I’m busy, so please have a seat. I”ll be with you just as soon as I can.” Then I do something productive that will actually change my situation, like go to work.

4. Accept the Fact That Some People Don’t Really Want to See You Succeed
This sounds harsh, and it is. But it’s true. Some of your family and friends “support” you by cosigning all your b.s. about how hard you have it, because if you succeed, two things will happen: 1) You will leave. And 2) They will be left behind. This doesn’t mean you have to get rid of your friends and family, you just have to remember that they love you so much, they’re perfectly happy for you to stay exactly where you are right now.

5. Decide to KSA (Kick Some Ass)
When my 13-year-old said he hated science class, I told him that getting a 95 on the test was the equivalent of getting in the face of his least favorite teacher and saying, “Have some!” In other words, kicking ass on the test is just like playing a video game. Needless to say, he’s getting A’s now. Channeling your anger will get you a long, long way in life.

6. Hoard Your Money
The number one way to end your bad childhood is to save money. I have a very simple rule about money: If I never spend everything I make, I will always have money. And money is power. All those commercials you see are a big, rich company’s attempt to get you to give them your power. Don’t do it! Think of every dollar you save as one step away from the people and places that have kept you down.

7. Get a Paper Route
In fifth grade, I wanted a 10-speed bike like all the other kids had. So I started delivering papers when I was 11. In Minnesota. In the winter. Compared to that, every job I’ve had since has been easy. While there may not be papers to deliver in the snow, the point is to do the thing you don’t want to do. Get a hard/crappy job and do it until the voices in your head stop telling you that you can’t take it another minute. Everything after that will be cake, and your bad childhood will be over. I promise.

Tracy McMillan is a film and television writer, most recently on AMC’s Emmy Award- and Golden Globe-winning series Mad Men and Showtime’s Emmy Award-winning series The United States of Tara. Her memoir, I Love You and I’m Leaving You Anyway (HarperCollins 2011), is a comic, tragic, unflinchingly real, and ultimately victorious true story of how one woman learned to love herself no matter what.

Psalms 27:14
Blessed is the man that endureth temptation: for when he is tried, he shall receive the crown of life, which the Lord hath promised to them that love him.
YOU ARE BLESSED FOR ENDURING TEMPTATION, AND YOU HAVE INCREASED YOUR PATIENCE AS A RESULT!
Psalms 27:14 says “Wait on the LORD: be of good courage, and he shall strengthen thine heart: wait, I say, on the LORD.” 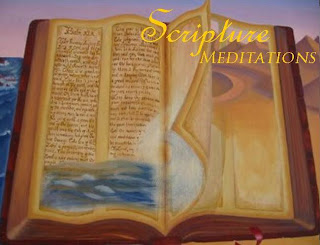 Romans 8:38-39 (NIV)
For I am convinced that neither death nor life, neither angels nor demons, neither the present nor the future, nor any powers, neither height nor depth, nor anything else in all creation, will be able to separate us from the love of God that is in Christ Jesus our Lord.
Sometimes when we pray, we don’t sense God’s presence. When we read the Bible, the words seemed lifeless and without meaning. We just don’t seem to be able to make the connection, between the written words and our life. But we do know there is a connection. Then one day our daily Bible reading leads us to a certain verse,…and a light comes on. We discover a connection so big and clear that we have to wonder; “how we didn’t see it sooner?”.

For me it was today’s verses,…when I read those words, I felt relief and a warm embrace. My hardened shell formed by my feelings of anger, guilt, shame and fear,…all that stood between God and me, came tumbling down,…and I knew that I was truly a child of the Most High, God Almighty.

“The brothers there had heard that we were coming, and they traveled as far as the Forum of Appius and the Three Taverns to meet us. At the sight of these men Paul thanked God and was encouraged.” Acts 28:15

Friends in trouble need us to show up. It is OK not to know what to say. Your presence speaks volumes. Just showing up many times causes people to thank God and to be encouraged. They thank God because they see God in you. They see His care. They see His concern. They see His love. They see His compassion. Because Jesus lives in you, you are grace personified to a suffering saint.

However, to meet a friend in faith at their point of need may require some inconvenience on your part. To encourage them in their misfortune may mean you have to rearrange your schedule and say no to something important but not necessary. Investments in people take time and sometimes sacrifice. People care can be messy.

Cancer can be cruel. But when a friend is under its curse, then we can be there to bless.

Do not worry about what to say—just show up. Speak very little and when you do, ask sincere questions. Appropriate questions may be, “How can I help?” Or, “How can I pray for you and your family?” Or, a tender, “How do you feel?” No sermonizing or stories of people who suffered similar plights are edifying.

Yes, weave in a prayer and soothing Scripture during your time, but do all with sensitivity to the Spirit’s leading. Just showing up is the best medicine. Do not be concerned about your own feelings of inadequacies or sadness. Keep the focus on Christ and “loving on” your friend in need. You are God’s deliverer of grace and kindness. “I do not do hospitals” is no excuse. Jesus said that hanging out with the sick was equivalent to ministering to Him. It is a journey with Jesus, on behalf of Jesus and to Jesus when you care for the hurting.

God may be calling you to travel a long distance to encourage a friend in the faith. Maybe the need is to travel overseas to a land and people ravished by poverty and disease. There may be Christians on the ground serving on foreign soil that need for you to show up. They do not need you to provide answers or pontificate about the plight of the people. What they need are loving leaders who will show up and who will serve under the leadership of the nationals at their point of perceived and real needs.

Moreover, prison is the sentence of some. There are currently Christians who are incarcerated for their faith. They need our encouragement and prayers. Pray that we who are free of jail can feel the pain of those who are locked up for Jesus. Public expression of faith is not to be taken for granted. Millions of believers around the globe cannot proclaim or discuss Christ publicly, yet the church is thriving in some of these faith confining environments. When you show up there, be careful—you will be changed forever. The faith of the West looks fragile and fatigued compared to those saints’ whose faith that has been galvanized by persecution.

So, show up—not just for the encouragement of the friend in need but for your own edification. You will go to be a blessing and in turn will receive much more of a blessing. This is how God works many times. The sufferers become the encouragers. Your gratitude to God explodes because of the faith and hope you witness in others suffering “mega” trials and tribulations. Show up to help others so that you, in turn, can be helped. We are a family of faith. We all need each other, especially in times like these!

Taken from Dose 47 in the 90-day devotional book, Infusion. 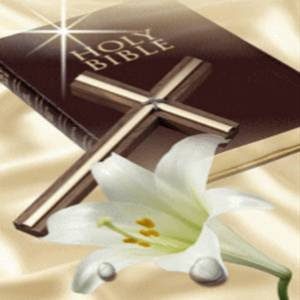 The Bible says that David was a man “after God’s own heart”,…that’s an amazing statement, given the number of sins the Bible accounts to him. But, when confronted with his transgressions, David honestly grieved and sincerely repented. He mended his ways and turned to God for mercy. God was merciful, and David’s relationship with God was restored.
David said to Nathan, “I have sinned against the LORD.” Nathan replied, “The LORD also has taken away your sin. You are not going to die.”—2 Samuel 12:13 (NIV)
This gives us all hope for forgiveness,…hope for fellowship with God,…and hope that even we may also be called people after God’s own heart. God doesn’t require us to be perfect. He just asks for honest effort, genuine humility, and sincere repentance.
No matter what we’ve done,…we’re never outside the reach of God’s grace and mercy.
________________________________________
Thank You, God, for wonderful, undeserved grace that fills us with hope,…and releases us from guilt. Having been forgiven, we will seek to live more responsibly in the future. Amen.
“We have an open invitation to take everything to God, in prayer.”

"You get exactly what you are feeling. Happy feelings will attract more happy circumstances." ~ Grammy Award-winning rapper LL Cool J.

Email your comments, questions or suggestions to:

Uplifting Talk-Time
Create a free website or blog at WordPress.com.